Apple’s has unveiled iPhone 11, iPhone 11 Pro and iPhone 11 Pro Max. It feature more cameras than before and a processor that has been updated to be faster while consuming less power.

The company said the two Pro models would last between four to five hours longer than their XS predecessors.

But it did not launch a 5G model, and some rumoured features were missing. 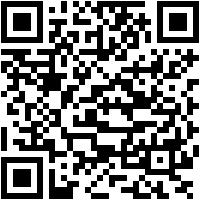 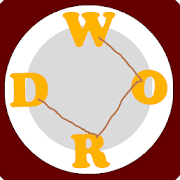 Apple also revealed a new version of its smartwatch, which features an “always on” display for the first time.

The Series 5 Watch adjusts how often it refreshes the screen to as little as one frame per second to promise the same 18-hour battery life as the previous version.

It also introduces a compass as well as the option of a titanium case. Its new operating system will alert owners to when nearby noise rises to risky levels, and adds menstrual cycle-tracking.

“I love strategically where Apple is going with its health and safety capabilities, but was disappointed to not see a sleep study or feature mentioned,” commented analyst Patrick Moorhead.

The company added that it will keep its Series 3 model on the market, which will cost $199 – or £199 in the UK – marking a new entry price point for the wearable.

Apple currently accounts for 49% of the global smartwatch market, according to research firm IDC.

It is also the UK’s top-selling smartphone brand by a wide margin.

The Pro models retain the telephoto and normal lenses found in the last generation’s XS and XS Max, while the basic iPhone 11 only has an ultrawide and standard lens.

Apple made a virtue of a new Night Mode, which automatically brightens the image when required while taking steps to minimise the digital noise produced as a result. Google, Samsung and Huawei had already introduced a similar feature to their handsets.

A new facility called Deep Fusion was also teased. It takes nine snaps with a variety of exposures and then picks through them “pixel by pixel” to combine the best parts from each to create a superior image. This will not, however, be available at launch but should be added via a software update before the year’s end.

Other enhancements include the ability to shoot slow-motion videos with the front camera.

The handsets’ processor – the A13 Bionic – has also been upgraded.

In addition, the chip’s “neural engine” has been optimised to better handle matrix calculations – a type of algebra used by neural networks – and is said to be 20% faster than the A12.

However, the new models are not compatible with Apple’s Pencil stylus, as had been expected by many. That feature was already offered by its lowest-end iPad.

Nor can they wirelessly recharge other devices, unlike Samsung and Huawei’s premium phones.

The handsets also stick with having lightning ports rather than making the shift to USB-C, as has happened with the iPad Pro – which could have made faster data transfers possible.

The iPhone 11 is slightly cheaper than its XR forerunner in the UK, ranging between £729 and £879 depending on the amount of storage.